The SJGS Chess Club, an official affiliate of the U.S. Chess Federation (USCF), is open to students in grades 1-8, from beginners to expert players. Participants learn and practice strategies of chess in preparation for tournament play. Over 80 SJGS students now participate in Chess Club each year!

The club holds two seasons per year, in the fall and winter, each including participation in a Scholastic Chess of Indiana (SCI) tournament and other area tournaments. Additional lessons, camps, chess nights, and tournament opportunities are provided throughout the year.

SJGS Chess Club is open to SJGS students only, though we do host several tournaments throughout the year that are open to all players.  For questions about Chess Club or to be added to the notification list for upcoming tournaments, please contact club organizer Todd Walatka. 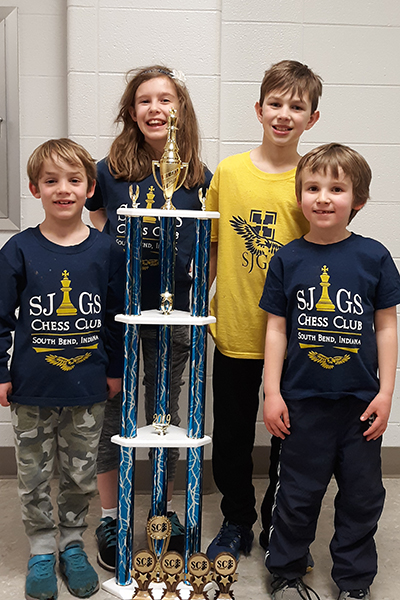 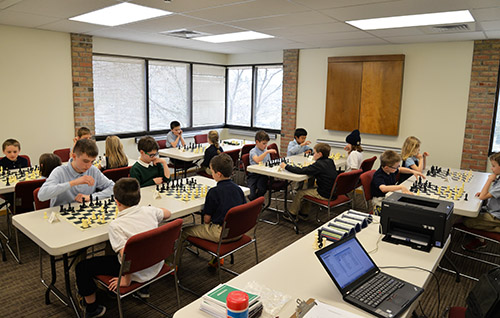 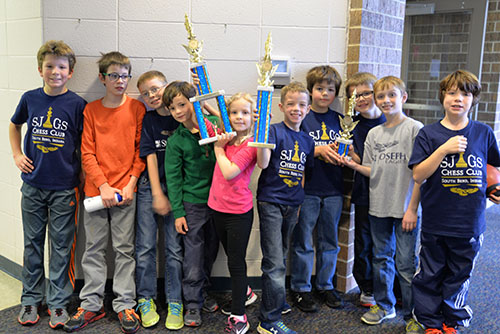